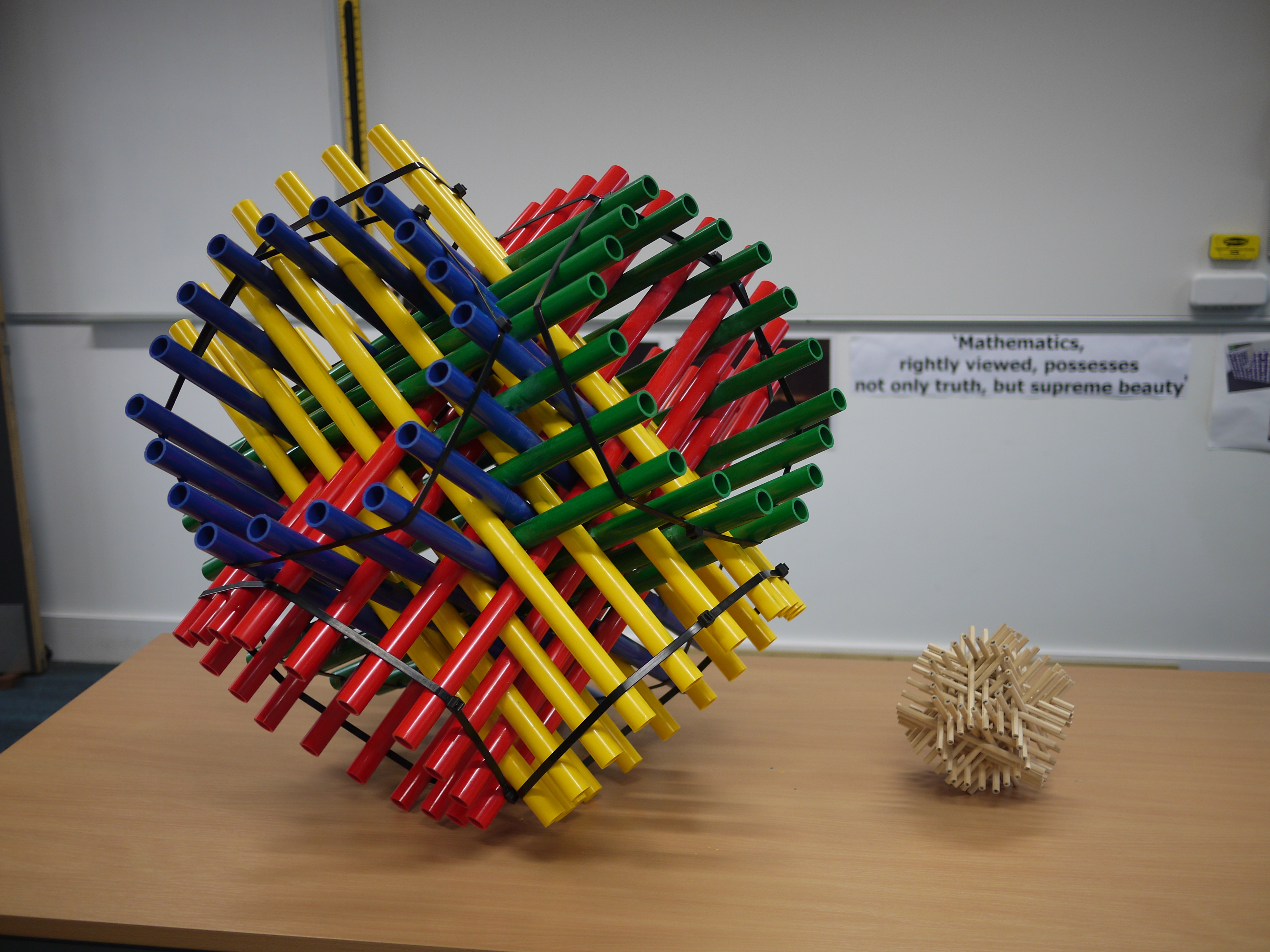 This is a great little project to try out if you have 72 spare (hexagonal) pencils, about an hour of time, and want to make fascinating object that will grab people’s attention.

There are many sites giving instructions on how to build a Hexastix, so I won't reinvent the wheel but rather provide a link to one that I think is quite straightforward to follow.

While the object can be held together by eight elastic bands, as in the linked instructions, these will perish in a fairly short time when stretched and exposed to light. If a number fail together you risk your beautiful construction falling apart and another hour’s work to rebuild it. A solution is to paint PVA glue on all of the points where pencils touch with a brush. This doesn’t take long and once dry the PVA turns completely clear so isn’t visible at all. Doing this will give a much more durable model, which I think looks even better without the elastics.

The final shape is made up of four intersecting hexagonal tubes consisting of eighteen pencils each. But, what shape is the cavity in the centre? What shape would someone on the inside see? To a mathematician the answer is a rhombic dodecahedron, this is a geometric solid bounded by twelve rhombusus.

We built a larger version in June 2021 made of 70 cm lengths of plastic tubing - see left hand side of the image at the top of this page. This is going to be put on display hanging in a light well in the Maths corridor, beside our level 3 Menger sponge.
It was rather harder to build as the tubes are smooth and circular, so don’t stay so easily in position during the build. A number of the joints were temporarily secured with cable ties to get around this issue, then being fixed together with superglue once the final shape was achieved. A band of heavy duty cable tie around each end of the four hexagonal tubes was then used to complete the model, and the temporary ties removed.